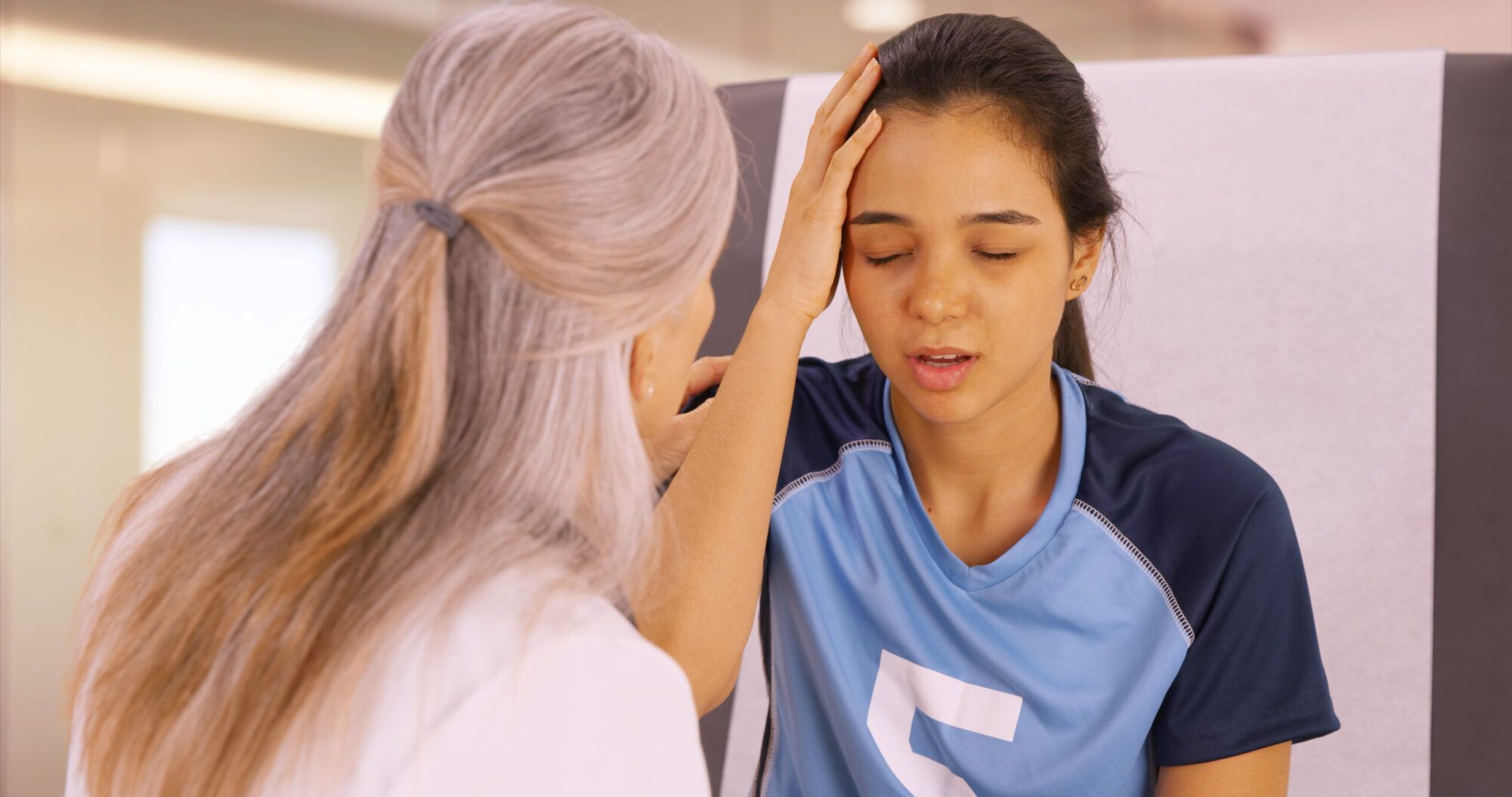 A concussion is a type of traumatic brain injury (TBI)  that is caused by a blow to the head or body, a fall, or another injury that jars or shakes the brain inside the skull. Even though fluid protects the brain, if your head or your body is hit hard, your brain can crash into your skull and an injury can result. Sometimes signs of a concussion are obvious with loss of consciousness, dizziness and confusion. Sometimes symptoms may appear later, and they can last hours, days, weeks, months or even years.

Common symptoms include problems with thinking, remembering and concentration. There may be slowed processing and difficulties learning, sensory sensitivity, fatigue, sleep problems, balance difficulties, visual problems, headaches, anxiety, depression, increased emotionality and anger. Each person’s injury and their brain’s response to that injury are unique.

The approach we take to the protocol plan and each person’s recovery is also unique. When an individual has a concussion, their brain waves often get stuck in a repetitive pattern and he or she is likely dealing with an array of symptoms. Neurofeedback training will help the brain learn to produce healthy brain waves again, prompting the brain to seek new neural pathways, and resolving those symptoms as the brain becomes more resilient and capable of learning to self regulated.

IASIS MCN Microcurrent Neurofeedback is a cutting-edge technology which gently and briefly stimulates the brainwaves and allowing neural pathways to reorganize, thus releasing itself from its frozen or stuck patterns. Healthy, functional brainwave patterns are flexible and resilient and can recover quickly. When there is a tiny fluctuation they automatically spring back to their healthy patterns. Hundreds or thousands of individuals have been successfully treated with IASIS MCN Neurofeedback, and over 80% have reported that their condition and related symptoms have greatly diminished.

Research on Neurofeedback and Head Trauma:

Neurofeedback Therapy for a Mild Head Injury
by Byers AP

ABSTRACT
The purpose of this study was to evaluate Neurofeedback Therapy (NFT) for a Mild Head Injury (MHI). The subject was a 58-year-old female who fell and struck her head in 1988. The NFT began in 1994 and was preceded and followed by neuropsychiatric and neuropsychological evaluations as well as quantified electroencephalograms (QEEG). The patient completed a symptom checklist and the Minnesota Multiphasic Personality Inventory 2 (MAPI- 2) before and after NFT.

ABSTRACT
The author discloses a personal history of undiagnosed mild traumatic brain injury (MBTI) and identifies a typical course and progression of this condition. He advocates a careful inquiry for possible head injury whenever the clinical history shows an original period of normal functioning, a progression of disturbance over time, multiple diagnoses, and poor response to treatment with medication.

ABSTRACT
Some people, after a mild closed-head trauma of either direct-impact or non-impact acceleration/ deceleration type, do not return to pre-trauma cognitive and emotional behavior. While their brain functioning appears relatively intact under some circumstances, it performs poorly under others.